Here it is, my complete list of all the (new) nes games I've beaten. This list does not include my regular rotation of Nintendo games I like to play year round and beat (SMB, Double Dragon II, Friday the 13th, etc.). I've topped my previous record a few years back (around 2010 I beat 17 new nes games). 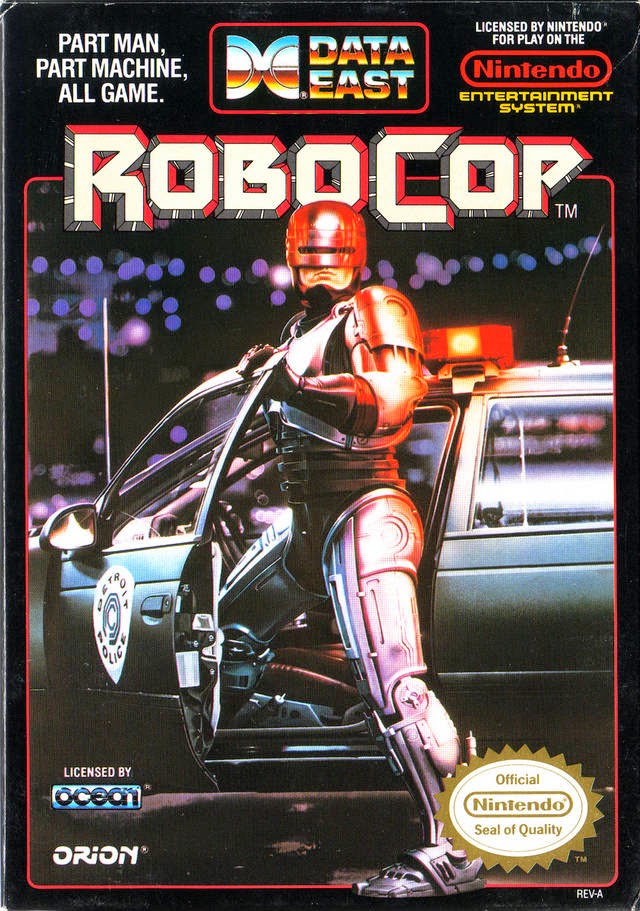 RETRO GAME OF THE YEAR:
ROBOCOP

One of my childhood favourites. Love the music, graphics, and gameplay. While it's not the arcade game (and what a cheap game that is!) the nes counterpart has a lot going for it.

I only ever managed to beat the game with the Game Genie as a kid. But last year I hunkered down and decided it was time to send Bodiker down for good. Dead or alive, it was being beat by me.

Once you get the patterns down on the bosses and know where to stand in certain areas (the last ones especially) the game isn't all that difficult.

In any event let me know in the comments section of Facebook about any NES games you've beaten in 2014. Any new favourites? Did you vindicate some long standing childhood hatred to a video game? Would keeping track of completed games and trying to top each year be something you would be interested in? Let me know.

Until Murphy gets a new screwdriver,

I love space ship shooters. There's nothing more satisfying than shooting down hordes of homicidal aliens. The Nes has plenty great ones too. Some games have two player options. Others have you in control of a cave man, knight, or even an angel! Some shooters have bland graphics but fun gameplay. Others, have great graphics and poor gameplay. Still, some have never been released on the Nintendo outside of Japan. But which game is the perfect fit? What has the best blend of action, power-ups, challenge, and uniqueness?

While I may not be the best at shmups, I do like them quite a bit. Here's a little list of some of my oh-so-favorite choices that you should definitely check out: 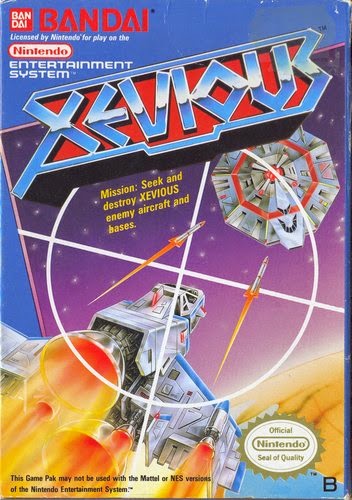 The First Shooter I Ever Played:
-Xevious
I remember being bored when I first played this. My Uncle Marc had an NES and would often let myself and my two brothers borrow games from him. One of the first ones was indeed Xevious. The ho-hum music and lack of any power-ups and sound effects didn't give me a great first impression. I hated it. The graphics were ugly and I couldn't make it too far (one hit kills!?).

So initially I was put off by shooters at a young age. Ha, ha, ha! Oh well, I guess the bike ride to his place was good for me even if the game wasn't. 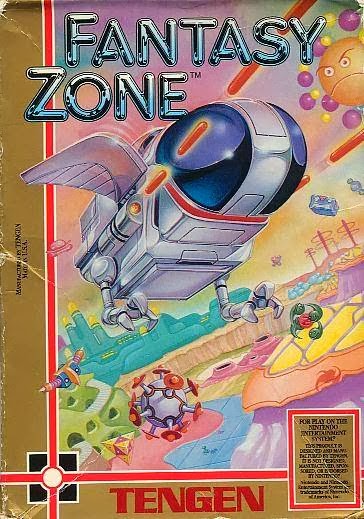 Let's not forget a little game called Fantasy Zone! It's one of my newer favorites of the genre. A port of the game exists thanks in part to Tengen (aka Atari). Basically it's a cute shooter that was a MEGA hit in Japan.

While not 2 players it is a fun and challenging game. The best part about it is the fact that you can buy various power-ups from shops found in each level! With its fun music, nice challenge, and great power ups, I really think it's one of the best on the system. But not perfect. That title goes to... 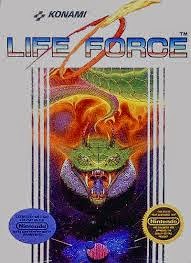 First off it has two player co-op. Second, it's tough. But, it's not so tough that the game is not fun. Third, it has awesome music. Fourth, the graphics are probably the best of any shmup we ever got in North America.

Add in the Gradius weapon system, sick looking bosses (here's looking at you Giant Brain Thing!), as well as overhead scrolling stages...damn Konami! You truly are the kings of kings.


But Will, what of Gradius?! And yes Gradius is in there. It's the most beloved space ship game on the nes. But for the aforementioned blurbs above, I like Life Force best. Other great ones include Dino Riki. Riki has got too be one of the hardest of ANY nes game I've ever played. It mixes auto scrolling with platforming bits! Now that's a tough challenge I have yet to conquer! Jackal is an unusual one. Essentially part Choplifter mixed in with Guerrilla War. Trust me, the game is great and it's two player simultaneous!

Anyways, there's my list. Let me know what you think, and tell me some of your favorites. And not just on the NES, but any platform. I'm actually quite fond of Raiden Trad, and the Thunder Force series. Later Lazer brains!

Yes the Nerd and the Irate Gamer have painted a bad picture of LJN. The company did deserve the crap it got for releasing games like Back to the Future, Bill and Ted, Uncanny X-Men, Terminator 2 and many others. But, I know deep down inside there's some sparkling gems that were judged way too harshly.

So, here's my favorite LJN games list thing-a-ma-bobber! (And yes, I actually like some of their games. Again, I won't deny that they published a ton of garbage, but some games are playable to good.)

I'll even give you a few reasons why I like each game. (In case you were hoping for something like that. I got your back Jack!) 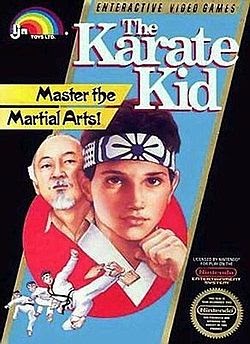 +Good music
+Excellent looking title screen
+Varied and fun mini games based on the actual property
+Daniel's clothing changes each stage and reflects what he wears in   various parts of the movie
+I enjoy beating the crap out of mooks with Crane Kicks and        Drum Punches
+Short Game. Can be beat in under 12 minutes. I like that 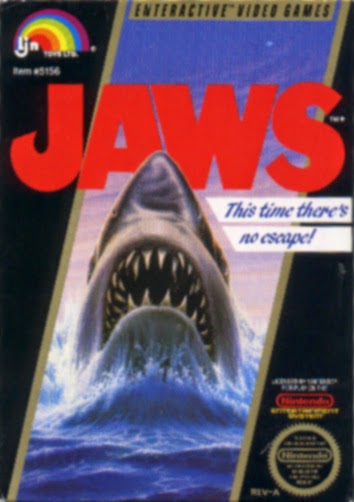 +Game has nice graphics
+I like shooting sharks and jelly fish in the face
+Decent Music
+Nice ending scene
+Collecting shells in exchange for upgrading your boat is not only    hilarious, but cool
+Stabbing Jaws with the boat is F'N SWEET
+Again, another short game which makes me feel like I  accomplished something at the end of the day 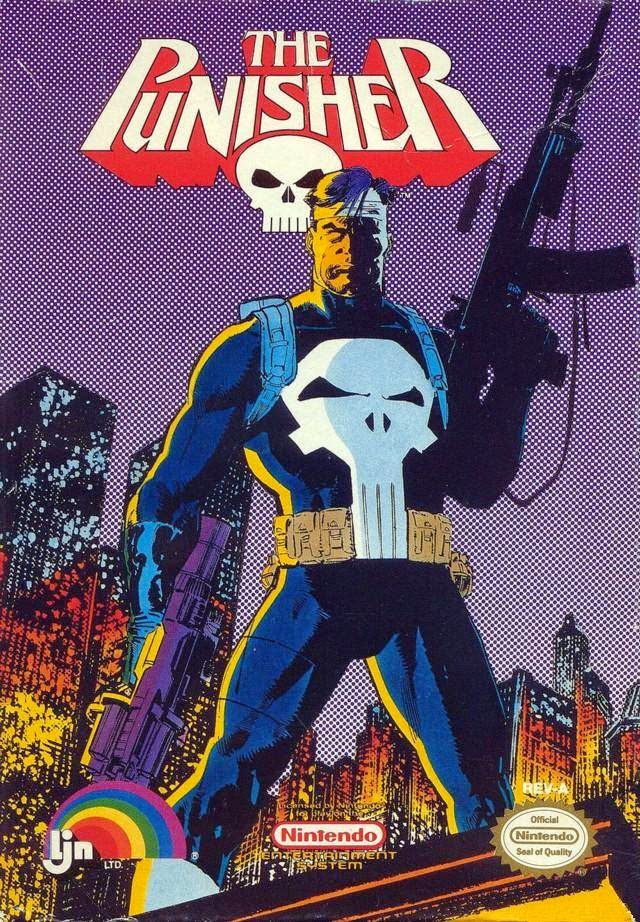 
"I'll be kicking back punching Kingpin in his fat face." 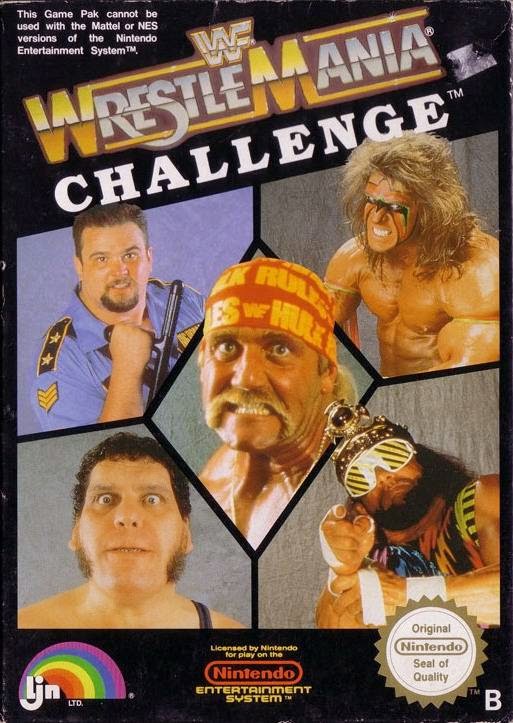 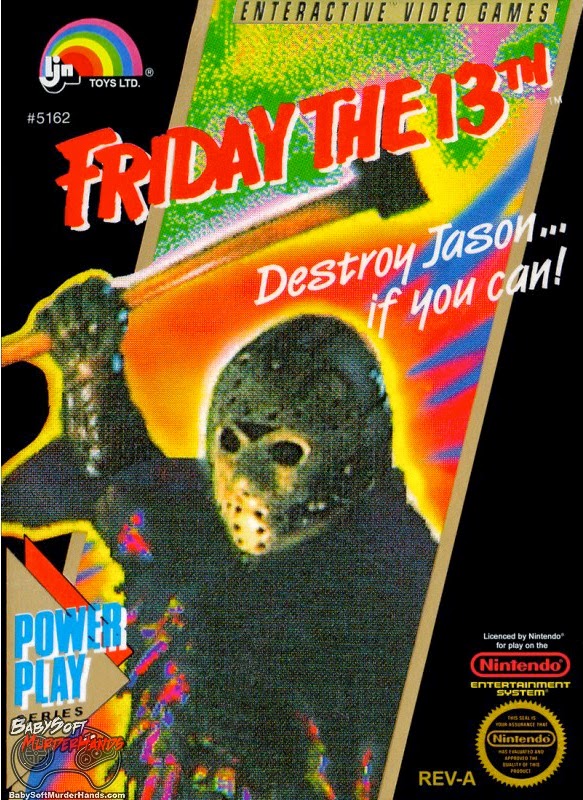 +Nice graphics
+Tons of items and weapons
+Hidden secrets
+Good challenge
+Each character has strengths and weakness'
+You can fight the severed reincarnated head of Ms. Voorhees
+Short game so you can play something else after. Or eat food,    whatever, I don't judge

So there you guys have it. My little list of some of my favorite LJN games. While you may find better things to do with your time, I'll be kicking back punching Kingpin in his fat face. Or, stabbin' a dead head with a machete. Either way LJN gets picked on way too much in the video game community. Thank god for youtubers like BenevolentDick, and The LJN Defender. They grew up with some of these games I mentioned, and yeah I have heavy nostalgia for Friday the 13th. I grew up playing it. But even when I did have Mario, Zelda, Bionic Commando, I still came back to Friday. That's one LJN game worth fighting for. Is it perfect? No. But neither are you. OOOOOOOOOOOH!