Sweeter When its Nostalgic?

I just beat a game that I couldn't do in my childhood. I beat Robocop on the NES. I remember "beating" the game when I was young with the Game Genie. Never thought I could without the cheating device. But lo and behold I did just that. Its so much more satisfying winning over the game you could only beat with a cheating device, my 10 year old self would be so proud (and amazed!). You know what else helped? Something I never wasted my time doing... 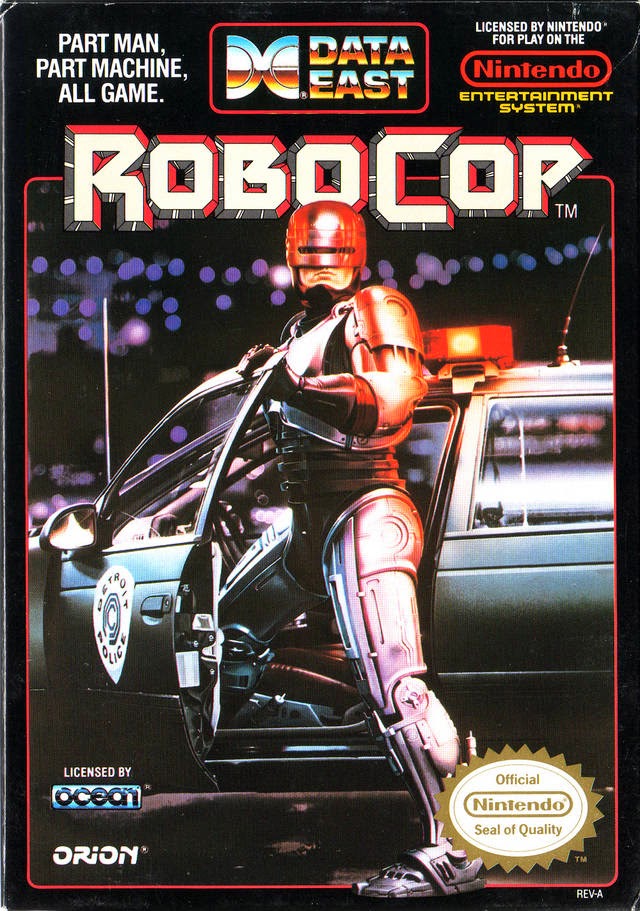 Its true! While its not in a convenient location on the select button, and you have to sit still, it made the difference. Also another great tip is don't chase down enemies if you don't have to. Just keep pushing forward. Especially in the latter levels as mini bosses appear, they wipe away any small fry enemies.

One other big tip: near the end of the game just after the large turret (that sprays missiles and fire at you) you'll meet Clarence Bodiker for the last time. When you shoot him down and collect the Cobra gun, save it! Use it against ED-209. Another cool tip; every 3 1/2 to 4 steps the large robot shoots his gun. So get right up into its face and blast away! 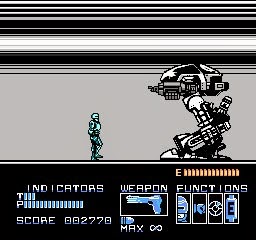 What else can I say. Robocop is one of Data East's best games on the Nintendo. Check it out, it really is a solid licence game. Good graphics, nice music and its not too long of a game either. Which for me, is a nice little bit sized robot treat.

A new year brings new challenges. New bosses, new weapons, new carts, new experiences, and new endings...hopefully. Last year was quite the impressive year. I beat 21-22 NES games previously topping 2010's offering of 17. But can I beat that goal set last year? It may be a tough one!

September
-Super Spike 'Vball
Posted by Maximpact24 at 20:14 No comments: