Twas the holidays of 1990, and I was a wee lad of 6 years. I vividly remember begging my mom and dad to get my brothers (I have two of them) a Nintendo Entertainment System. I was so confident that they would buy it for me that I said something along the lines of "I can't wait to get it." Which my dad responded kindly (added that he was driving fast in his Ford Ranger truck) "Oh really?"

Lo and behold its Christmas Eve and we have the entire family over to our house. Which was one of the few times that's happened (the gatherings are now at my Uncle's place to this very day). My twin brother and I were stalking the Christmas tree all night, guarding the presents just in case thieves, or ninjas would break in. At the stroke of midnight we started opening gifts...

A big box was placed before Matt and I. My little heart was about to burst from the sheer excitement! We tore into it and yes we finally got our Nintendo Entertainment System! 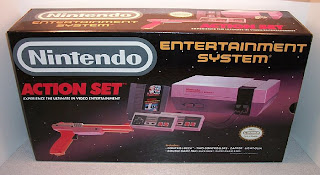 I was so happy that I kissed the box and gave it a hug! Ha, ha, ha. Not only could I play Super Mario Bros. whenever the hell I wanted, but also this game; 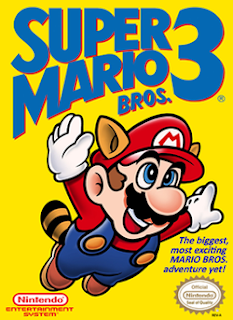 The greatest NES game of all time was in my possession. So I wake up on Xmas day late, I shake the fuzz from my brain and think to myself, "Was it all a dream?" I quickly remember that its not as I hear those great Nintendo sound effects coming from the living room. The NES had already been hooked up! Not only that but Mom, Dad, Matt, and Derek were playing! I was so upset that I almost cried! Why would they not tell me they were going to hook it up! Ha, ha, ha.

As tears were welling up, Dad passed me the controller, and I soon forgot my worries. The rest they say is history. I still have the NES from way back in the 90's, I can't believe its 22 years old and still runs like a dream. Merry Christmas!
Posted by Maximpact24 at 08:16 No comments:

I love the old Nintendo art. That Japanese and Western mesh you would often see in the early issues of Nintendo Power. Crack open an NES manual and more often than not you would see hand drawn art in there too. Vintage stuff is great to look at! I guess its nostalgia, before computer programs made everything nice and shiny, glossy and clean cut, we had the rough and tumble art style.

Sometimes chubby, super deformed (chibi), or just plain outrageous. But that's what made the art from the eighties and early nineties fun. 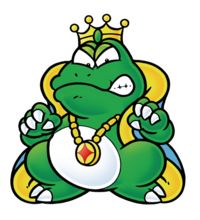 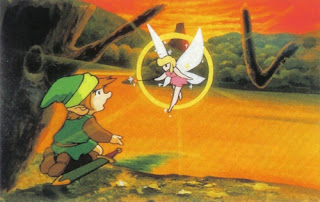 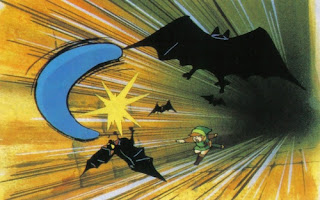 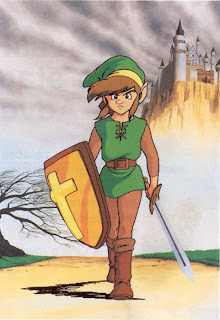 My all-time favorite pic of Link

Now THAT is some great art! Let's Check out a few more pieces! ^>^ 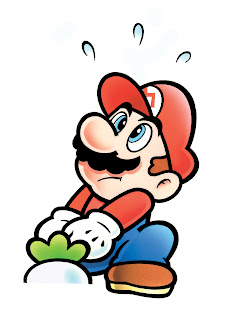 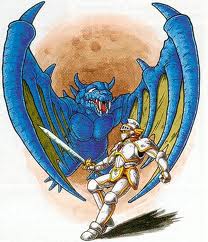 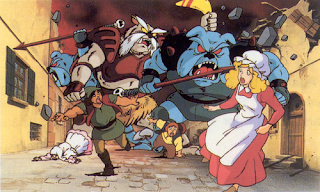 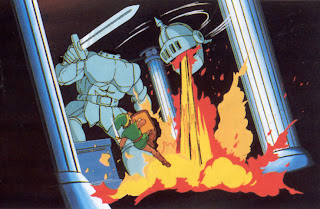 Most of these pictures are from Zelda 2 The Adventure of Link. But others include Super Mario Bros.2 and Faxanadu. There's so many more great art too be found in NES manuals and other forms of media too. Unfortunately that's a story for another day. ^>^
Posted by Maximpact24 at 21:28 No comments:

15 longs years in the making. But finally after first playing this in '97, I beat Metal Gear 2: Snake's Revenge! An excellent game that is often looked at like the bastard child of the MG series. Why? Because Kojima the creator of the original Metal Gear didn't have any involvement.

And so what. He is one of the masters of the vijah game world, but this sequel is even better than the (mistranslated) first. Albeit the game's dialogue is hokey and cringe worthy at times, the action and sabotage, not to mention the stealth more than make up for it. 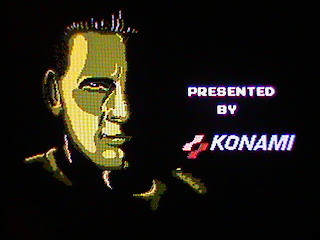 A sweet 15 year wait. Thanks Snake!

This game is in a category all in its own. The fact that you can go in guns-a-blazing or go with stealth make it unique. ^>^
Posted by Maximpact24 at 18:35 No comments:

I love Munchkin. The hit card game by Steve Jackson Games hit me like 10,001 Orcs. The first time I actually played the game was my last year of high school (that would be in 2003). My friends were gathered around a table in the cafe, laughing hysterically, and shouting.

I walked to the table and lo and behold there were a mass of cards with a bunch of text and silly pictures. Fantasy troupes and all. Now at this time I have yet to play my first game of D&D (which is another passion that would break out the very same year). But I had to play. 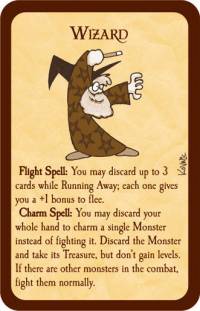 My first character was a human wizard.

I didn't win the game. In fact I did rather horribly. If memory serves me correct I was last place too. Ha ha ha. :) But, I had so much fun that I asked where I could pick up a copy of this wonderful game...and raced over the Game Masters Emporium (now called The GME). Plopped my money down on the counter and proceeded to play the rest of the weekend away!

We got my girlfriend at the time playing, my brother, my friends from other social circles, and yes quite a few ladies to play! It was one of the best times of my life. Just laughing, and screwing up our plans for a level 10 conquest. Those were awesome times. Ha! 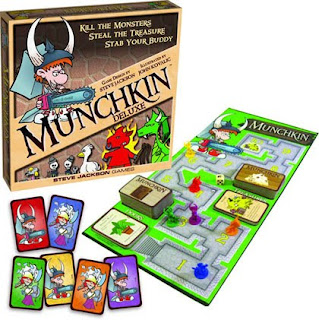 There's a Munchkin board tracker?! I need this!

I would go on to play mostly every other Munchkin game that came out on the market. But eventually I just got burned out. Stopped playing for so many years...until now. I got bit by the big ole' Munchkin-itis! Pictured above is the original set. But now in full color, with a board tracker, and game pawns! I think I'm in love again.. ^>^