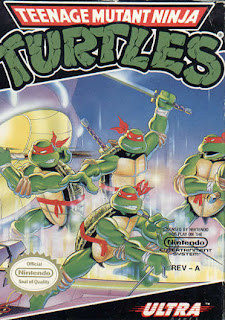 This game will most likely be retro game completion of the year. Seriously. Its a tough game, and unforgiving in most cases. The Dam level (which I memorized as a kid and never found it that hard), along with many tricky jumps, respawning baddies, and one hit kill areas, TMNT is NOT for the uninitiated.

That's why I'm so proud to include it in the long list of hard ass NES games beaten. And this one is just another notch in my belt. Vanity aside, I really love Teenage Mutant Ninja Turtles. It gets ripped on for its quirky sprites and all, but its an Ultra game. And it rocks. Cowabunga! How many more NES games can I complete until the end of the year comes up?
Posted by Maximpact24 at 19:45 No comments:

Don't know what to play?

Ever get that feeling when you want to play a game, but you don't know what? We've all been there. I know I have quite a number or times. Here's an easy remedy! Take a big stack of games: 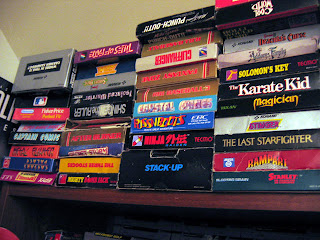 Now get yourself a copy of Scattergories: 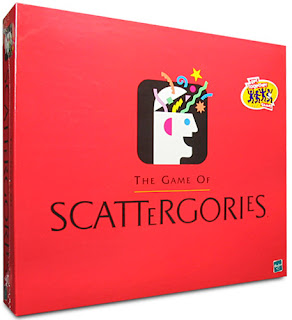 Raid the game for this little guy: 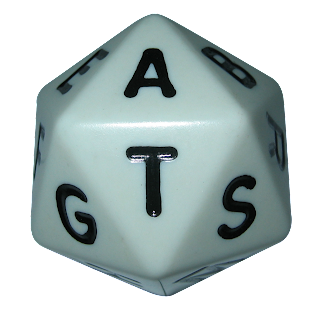 And voila! Give this baby a roll and pick a game that starts with the letter shown. If you have a ton of titles with that letter, give another roll and pick the title that has the second letter in its title! Not bad eh? Now get a rollin'.